After careful deliberation, the judges for the first ever Classic TT Virtual Show & Shine have selected winners for the six categories from hundreds of online entries, with an overall Best In Show winner taking home £500 towards their motorcycle insurance courtesy of Bennetts. 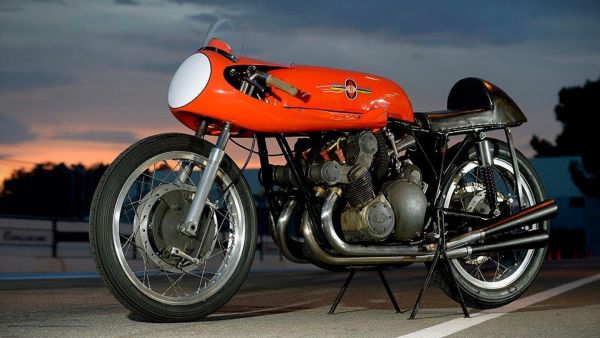 Representatives of the Vintage Motorcycle Club awarded this stunning 500cc Gilera as winner of the Best Classic category. An original works machine from 1957, it remains in a track-worth condition and makes occasional appearances at special events.

Rupert Murden of the VMCC said: ‘Without doubt, the Gilera is a winner in this category. With this sort of machine, you’re not looking for something that’s been restored to a better level than when it left the factory! A racing machine should have the patina and the batlle scars of combat that endows it with an air of authenticity. The Gilera engine is surely one oe the most handsome ever produced with its instantly recognisable ‘Mickey Mouse’ cam box ears. There’s also the Isle of Man connection, with Geoff Duke riding the factory 500 Gilera fours to TT glory and World Championship success in 1953, 1954 and 1956. This particular Gilera looks as though it has just been wheeled off the grid – wonderful!’ 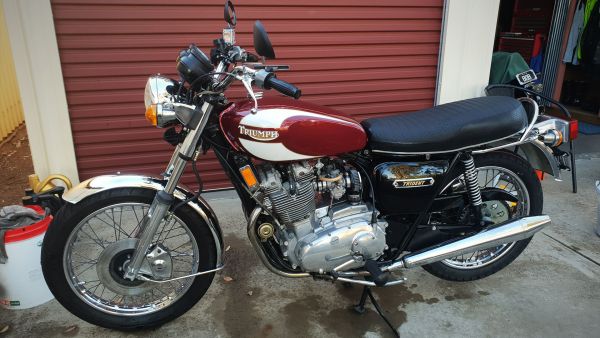 This icon of British motorcycling has found itself a new life in Australia and recently undergone a complete engine rebuild to match its spotless bodywork and running gear. A racer through and through, Padgetts Racing team owner Clive Padgett awarded this bike the Best of British title as he thought it would be the best entry to turn into a race bike! 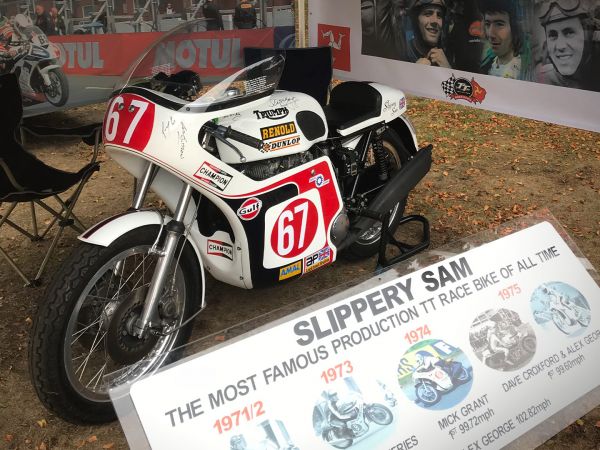 One of the most successful production race bikes of all time, this Triumph T-150 replica was built by former Triumph team race boss Les Williams – one of only two built by Williams. ‘Slippery Sam’ is famed for winning five consecutive production 750cc class races at the Isle of Man TT Races from 1971 to 1975, with this replica doing that pedigree justice. Category judge and 11-time TT winner Phillip McCallen decided that this history and the bike’s achievements were worth of the ‘Best Race Bike’ title. 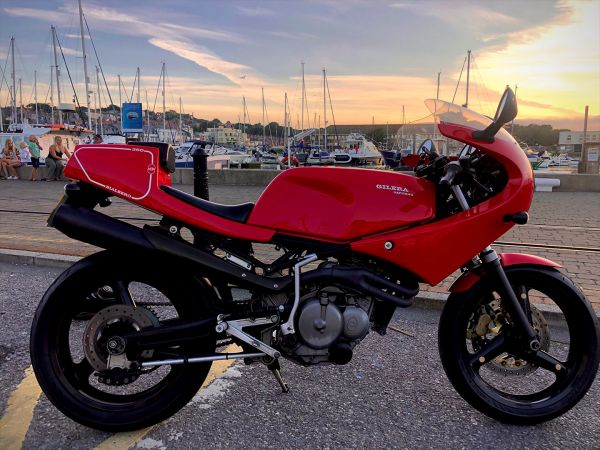 Road racer, coffee magnate and category judge Conor Cummins awarded this 1988 Gilera Saturno Bialbero 350 as winner of the Anything Goes category after it evoked fond memories of the late Gavin Lee, who raced a 500cc version of the single-cylinder Italian machine during the mid-1990s at the Isle of Man TT Races and Southern 100 Races. The owner of this particular model says it’s the perfect combination of speed and agility. 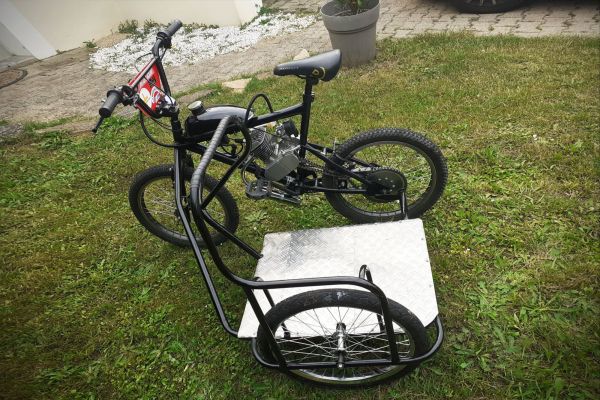 ‘I built this from one of our lad’s BMX bikes as some transport to get around the TT paddock in 2020 – and to occupy the kids big and small! Sadly, it didn’t get called in to service this year, but it’ll be back and with a few refinements. It first grew a sidecar, then I decided that no one like pedalling so I snuck a 2-stroke motor in there. The pedals still work, so I guess this is actually a hybrid?! The 80cc engine will get some tuning and, with some luck, a set of tuff wheels should finish the job!’

This owner’s effort brought back some special memories for 17-time TT race winner and category judge Dave Molyneux: ‘This is Special! My dad built me something like this 50 years ago – an old pushbike with a sidecar welded on to the side. Me and a mate used to race around Kirk Michael village on it. But this bike has an engine so it’s a real special.’ 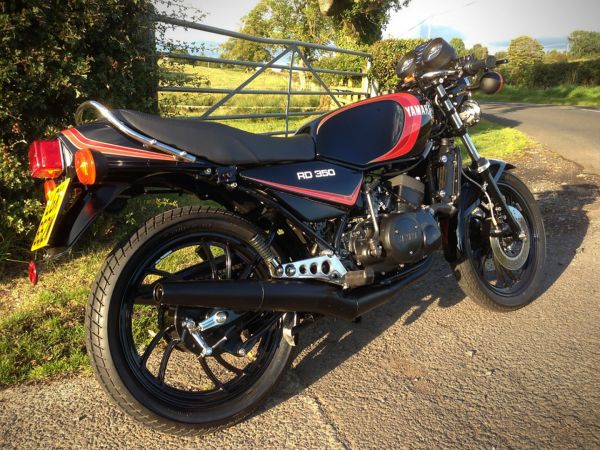 5-time TT race winner and 2-time Formula 2 World Champion Brian Reid was given the difficult task of judging the Best 2-Stroke category. Entries included a 1964 Greeves trials bike (one of Reid’s first bikes to own and ride), a 1980 Yamaha RD250 (which Reid lusted after when he first started working), and a 1986 Suzuki RG500 (which Reid raced at the TT in the Formula 1 Race), but awarded the title of ‘Best 2-Stoke’ to this 1980 Yamaha RD350LC.

This particular model has been in the current owner’s possession since 2000 but has had nearly 20 different owners in the years before. Previously in the famous yellow and black colours of Kenny Roberts and fitted with the later 350 YPVS engine, the current owner restored the bike back to standard specification and colours and it’s been on the road ever since. The owner said: ‘Every time I go out on it I always meet people who either had one or had mates who had one!’

Reid chose this bike as an iconic machine and for sentimental reasons, as it was the basis for his Formula 2 World Championship winning bike and brought back some very happy memories.

TT Rider Liaison Officer and Head Judge Richard ‘Milky’ Quayle selected the 1980 Yamaha RD350LC as overall winner and ‘Best In Show’ for the Classic TT Virtual Show & Shine, with its owner taking home a prize of £500 towards their motorcycle insurance courtesy of Bennetts.