The 64-page Isle of Man Festival of Motorcycling programme, priced at £10, is now available to order online from the Official Isle of Man TT Races WebStore. Packed with preview features, it provides a comprehensive guide to the all of the best on and off-track action at the 2019 Festival.

Rising TT Star Lee Johnston, who achieved his maiden TT Race win in this year’s Supersport TT Race, is the cover star of this year’s programme. The Northern Ireland rider, who will again be competing for Davies Motorsport in the Bennetts Senior and Locate.im Junior Races, has two Classic TT titles to his name and he talks fondly about his experiences at the festival and provides some insider tips about what do and where to go on the Island during the Festival of Motorcycling.

This 2019 Classic TT presented by Bennetts celebrates the illustrious career of eleven-time TT Race winner, Steve Hislop, with a paddock display and parade lap featuring his friends and rivals. The programme takes an in depth look at Steve’s success at the TT from 1988 to 1994 with ‘Back to the Future: The Hizzy Years’.

There’s an in depth look at the iconic Honda RC142 – the first bike that Honda raced at the TT, on the Japanese marques 60th anniversary of competing on the Isle of Man - while there is also a feature on the iconic MV Agusta and Giacomo Agostini, who will be parading the Rob Ianucci bike that he rode in the 1976 350cc World Championship in the Classic Racer Magazine Classic Parade Lap.

The Manx Grand Prix section of the programme profiles the international flavour of the event through the Spanish MartiMotos team and their riders including Victor Lopez Santos.

There’s a comprehensive guide to the packed festival fortnight - both on and off the track-including all the official entertainment to be found at the TT Grandstand and Paddock.  There’s also information on the VMCC’s Festival of Jurby and the Manx International Classic Trial, as well as the best of what’s on around the island.

There are two separate race guides for the Manx Grand Prix and Classic TT, featuring the full qualifying and race schedule for both events as well as complete entry lists for every Classic TT and Manx Grand Prix Race.

The Official Programme, available for delivery worldwide, is available to pre-order here. 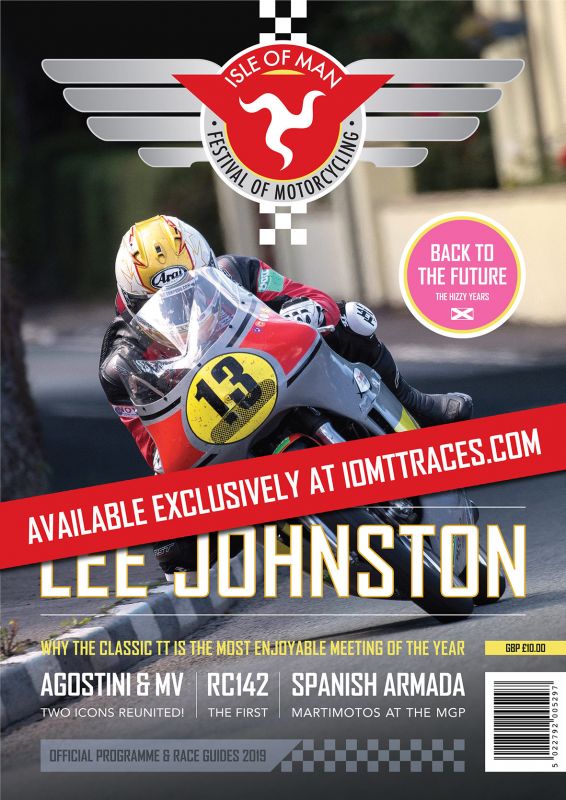 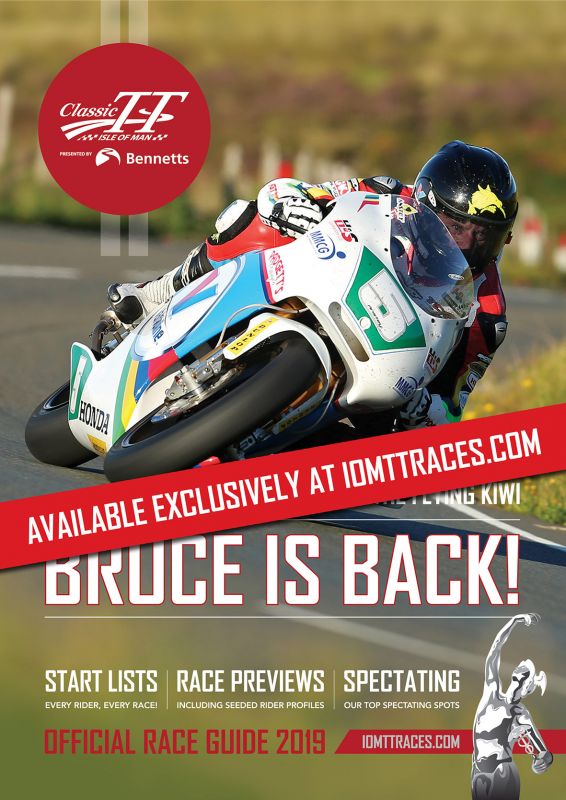