This year’s Isle of Man Classic TT presented by Bennetts will celebrate the life and career of Steve Hislop, one of the greatest British motorcycle racers of all time. ‘Back to the Future: The Hizzy Years’ takes place 30 years after Hislop set the first ever 120mph lap around the TT Mountain Course, a speed that remains a benchmark for competitors three decades on.

After announcing he would be retiring from TT competition at the conclusion of the 1992 event, Steve Hislop re-joined Honda Britain for the 1993 season but with a focus on the British Superbike Championship. He stuck to his word of opting out of that year’s TT where Joey Dunlop, Phillip McCallen and Nick Jefferies were the chosen riders.

However, with the launch of Honda’s new homologation special in 1994 – the RVF750R ‘RC45’ – Hislop was enticed back to the Isle of Man, making a sensational return to the Mountain Course where he would contest the Formula One and Senior Races on Honda’s new flagship machine, a replacement for the all-conquering RC30, alongside Dunlop and McCallen.

Honda were keen to promote the RC45 as an all-new, limited edition, superbike-dominating machine equipped with electronic fuel injection, titanium conrods, magnesium engine components, a close-ratio gearbox and technology derived from the exotic Honda RVF that Hislop did the TT double with in 1991. But it wasn’t an immediate success like the RC30, initially struggling in both the World and British Superbike Championships with mixed results for its riders.

Hislop’s best result in the early British Superbike Championship rounds was a second at Snetterton, eventually finishing tenth in the championship with just one more podium, and although Robert Dunlop gave the RC45 its first International victory at the North West 200, it certainly wasn’t going to be a foregone conclusion at the TT. 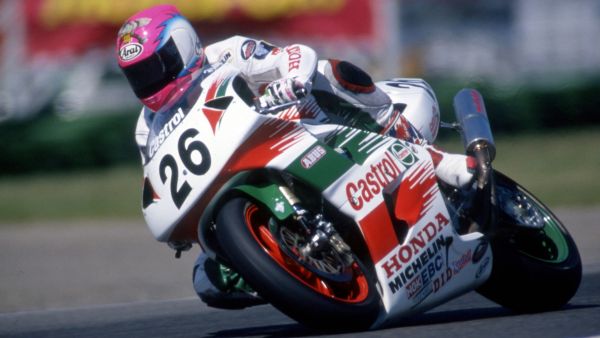 Indeed, Hislop found the RC45 to be considerably more of a handful than the sweet-handling RC30 and RVF he’d previously ridden around the 37.73-mile TT Mountain Course and, although he lapped within 0.8s of the outright lap record during practice week with a lap of 123.53mph, he experienced a number of scares, particularly at the beginning of practice when he clipped a kerb at 150mph at the top of Bray Hill and clipped his leg on a wall at Ginger Hall.

With the bike seemingly having a mind of its own, Hislop seriously contemplated withdrawing from the meeting as both McCallen and Dunlop also expressed their dismay with the bike as it fell way short of their previous machines. Expectations from Honda were high though and Steve was expected to win – something he couldn’t afford not to do. 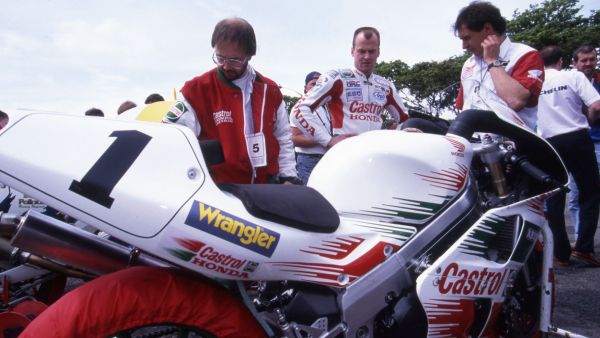 Slowly but surely, he got the handling to improve but race week got off to a dramatic start when he was faced with the proposition of riding on a wet course with slick tyres in the Formula One Race. Riders set off on the Saturday afternoon on dry roads but rain was sweeping in from the west of the Island and by the time they reached Ballacraine, the roads were completely wet and, further around the lap, the visibility on the Mountain was poor.

Most riders pitted at the end of the first lap including Hislop, who toured round in the poor conditions at just 80.95mph, but some who had started on non-slick tyres went straight through. However, the race was finally stopped at the end of the second lap and re-scheduled for 2pm on Sunday.

Sunday dawned with finer weather and in the rescheduled race, Hislop led at the end of the first lap with a lap of 121.79mph, from McCallen by 21.8 seconds with Robert Dunlop in third place. Hislop increased his lead to 23 seconds at the end of lap two, upping the pace to 121.95mph which proved to be the fastest lap of the race.

There was no change at half distance and Hislop's lead was up to 26.4 seconds but drama struck on lap four, when Robert Dunlop crashed heavily on the exit from Ballaugh Bridge – the magnesium rear wheel collapsing and leaving Dunlop with serious arm and leg injuries.

After another 121mph+ lap, Hislop had extended his lead over McCallen to 36.2 seconds and with a final lap of 120.47mph, he took his tenth TT win by 24.6s. Despite their misgivings earlier in the TT fortnight, it was also a Castrol Honda RC45 lock-out as McCallen and Joey Dunlop completed the podium in second and third respectively. 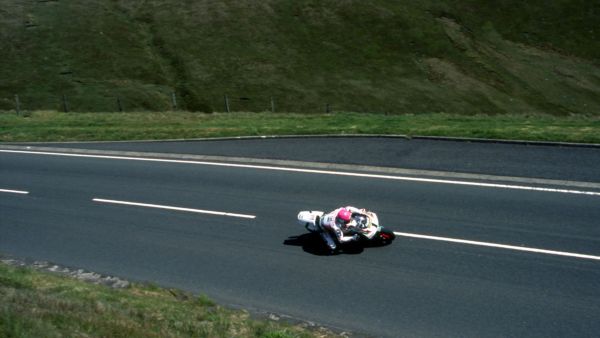 The Senior TT at the end of the week followed a similar pattern. Hislop completed yet another double when he took victory on the Honda RC45 from McCallen and Dunlop once more. Like previous years, Hislop was rapid from the get go and an opening lap of 122.50mph – the fastest lap of race week – gave him a near twenty second lead over McCallen at the end of lap one.

Hislop commanded the race from there on, finishing with a winning margin of 1 minute 15 seconds over McCallen and Dunlop once more. It was his eleventh and final TT win, his 19th podium, and a fitting finale to a Mountain Course career for one of the greatest ever TT racers. 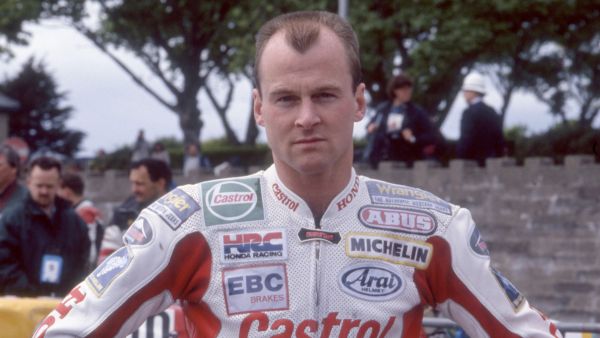 Joey Dunlop had not fully recovered from injuries a few years earlier, leaving McCallen – a rider who Hislop admired greatly – to take over the mantle as the dominant force in the Formula 1 and Senior classes in the years that followed.

Riding for Honda Britain, the Ulsterman won five races on the RC45 between 1995 and 1997 and matched Hislop’s tally of 11 TT wins and 19 podiums, with his four wins in a week at TT ‘96 an incredible feat that was only bettered by Ian Hutchinson’s stunning five-timer in 2010.

As part of the 'Back to the Future: The Hizzy Years', Phillip McCallen will ride a Honda RC45 as part of the demonstration lap on Saturday 24th August.

Tickets for the 2019 Classic TT are now on sale via the Official iomttraces.com website including Official Grandstand Tickets, VIP Hospitality Experiences, and Official Entertainment Events including the Counterfeit Stones Classic TT Party Performance. You can stay up to date with all the latest Classic TT news by subscribing to the Official Isle of Man TT Races Newsletter.